Moreover, the diversity of devices and methods makes standardization of methods and comparison of the results impossible.

The challenge of this issue implied the development of a new technique that would allow continuous HF measurement and monitoring on a 24-hour basis. The technique had to have a large enough detection limit to allow the measurement of low HF concentrations, i.e. mm/m3. The new technique had to be versatile, easy to operate and requiring only minimal maintenance. Also, gas conditioning should not be necessary.

STS Canada has developed a new sequential sampler (8 cassettes including a blank) for gaseous fluorides that can automatically take continuous samples for 24 hours, all the while requiring minimal maintenance and calibration. The sampler is equipped with a purge system to avoid contamination of samples, along with an internal reference (permeation tubes). This reference enables the user to determine the freedom of bias of the measurements. The detection limit that can be achieved is of the order of 0,2 ppb (parts per billions), compared to 1 ppb for the Tess-Com technique.

The sampler is based on simple metrology and for which the sample analysis is entrusted to an accredited lab (no external stimulus nor any hardening solution). The fact that the device is not affected by optical or mechanical factors, humidity for example, makes STS Canada's HF measurement method the most robust in the field. 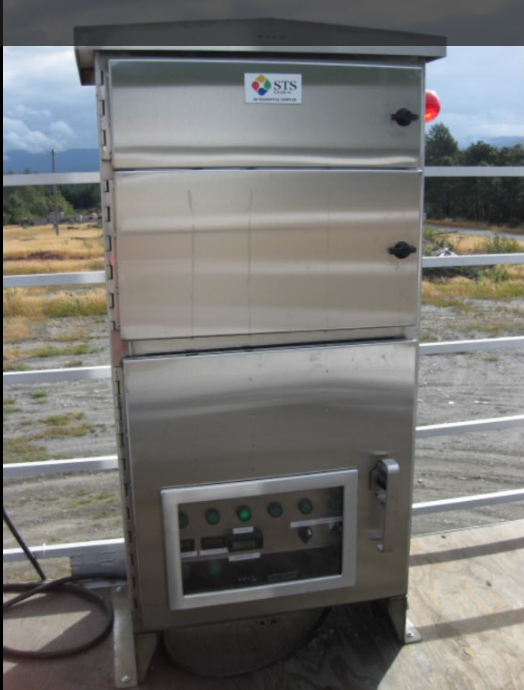