It was foreseen that a selenium removal plant would later be treating an ore with a greater selenium content. This plant treats an slurries and other precipitates containing sulfuric acid. The selenium content varies from 4 to 20 ppm, with 50 ppm peaks. The suspended selenium is precipitated and discharged as a sludge.


Plant management wished to equip the facilities with a robust filtration system that can manage this kind of content variations. The system also had to produce a filtrate with a selenium content of less than 3,5 ppm at all times.

The output of the filtration step must be must be less than 3,5 ppm at all times. A higher concentration will have selenium precipitate, with particle size usually from 0,1 to 10 mM with 30% of submicron size. Thus, it was necessary to investigate technologies than could render a filtrate with a selenium content less than 3,5 ppm.


Filtration tests had to be performed onsite due to the pulp's physico-chemical properties which were likely to change within the first 24 hours. Not only that, but post filtration chemical reaction may occur that could plug the filter media.


Collaborating with the client for the validation steps in regards to the choice of technologies was of an extreme importance. Essential was the integration of the final solution to the existing process. It was thus primordial to properly identify the system's future location and to sketch out the general arrangements of the space that would house the equipment. In such, the recommended solution had to take into account automation, maintenance and impact on the process.

Good cooperation and communication with client personnel was part of STS Canada's approach to collect the preliminary data required for the equipment selection. Then, the pulp's characteristics and the System Considerations, an internal conception tool, made it possible to define the design criteria for the final solid-liquid separation process.


In addition, lab testing identified the adjuvants and filter aids that allowed to retain the precipitated species.

The addition of an adjuvant precoat allowed a filtrate output with less than 0,3 ppm of selenium, which was above the client's objective. With this superior efficiency, a smaller and less expensive filter would be possible.


In conclusion, the use of an adjuvant precoat combined with a pressure filter delivered a filtrate complying with the total selenium concentration requirement at all times. Also, the seleniferous sludge's water content was kept at a minimum thus reducing disposal costs. 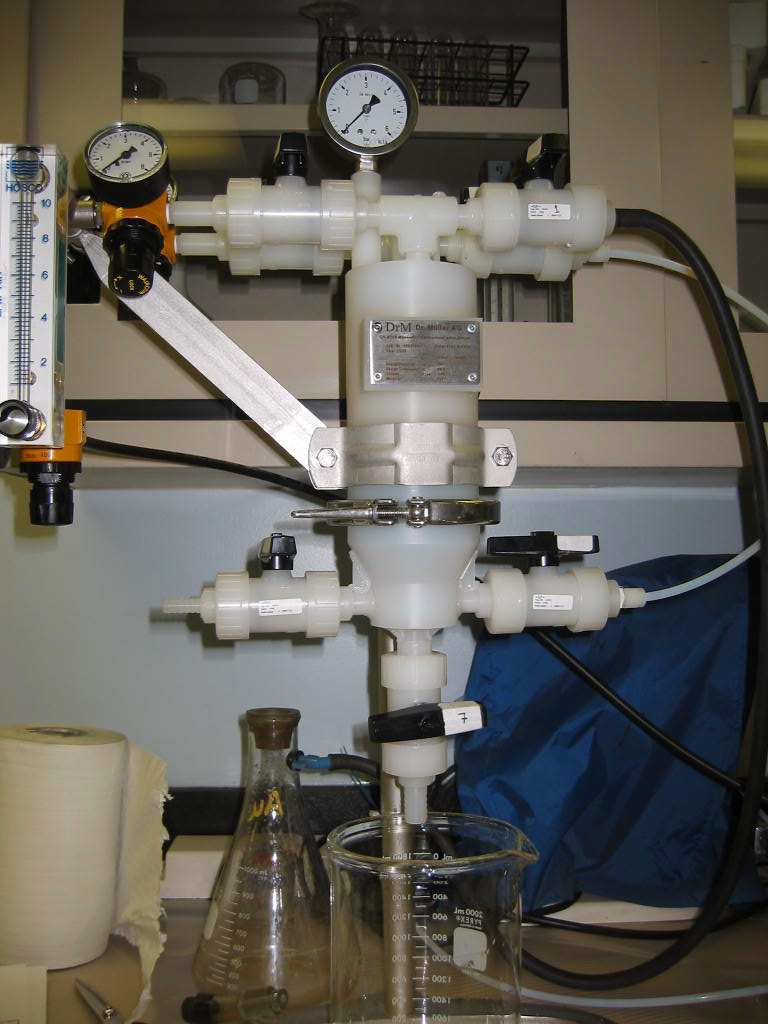