A copper smelter located in the Province of Quebec has two dust collectors running with filter cartridges. Treating off-gases from casting furnaces, their role is to collect fine metal oxides. After a sudden increase in emissions of the gases, the plant was forced to shut down to investigate the cause.

The study revealed that the cause was the tearing of six (6) filter cartridges, which were promptly replaced. However, not wanting this situation to occur again, the work's administration contracted STS Canada to determine the cause of the filter element breakage.

STS Canada proposed to analyse the broken cartridges to determine the cause of rupture or defect. The interpretation of the results of such an analysis would then guide STS as to what kind of process modifications would be best suited for the client.

STS Canada performed the physical and mechanical analyses of the six cartridges. The results were interpreted and revealed the cause of breakage to be abrasion from the sandblasting effect the filtered particles have on the media. STS then recommended modifications to prevent such an effect and in so reducing operation costs. 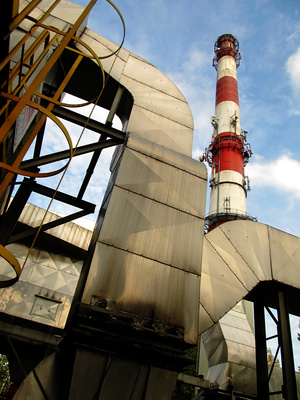 Analytical assessment & recommendations on a course of action